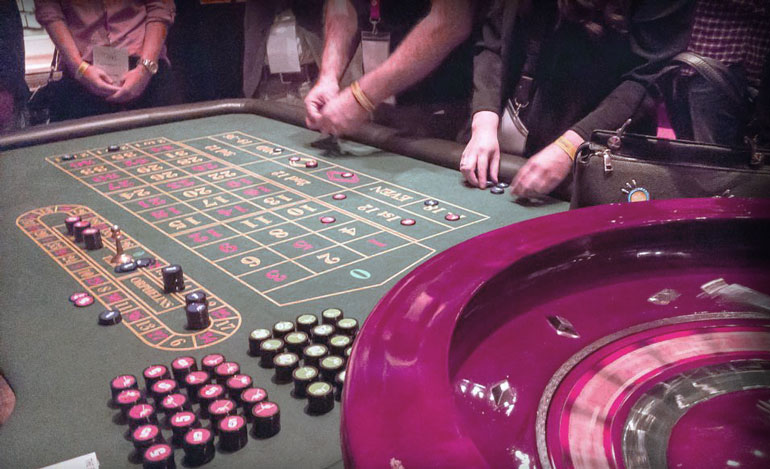 Poker is the most fascinating gambling game for most people. However, the best poker player is the one that makes good calls, bluffs their way in, and infers the current situation that is happening around them. Here, we’ll explain the card combinations and how betting in poker works.

There’s a widespread belief that this is a game of chance. However, any world-class player will deny this and try to assure you that poker is, in fact, a game of skills. Admittedly, many people fail to see this. For this reason, one professional player even said that they love how poker deceives everyone into believing they are good at it.

Therefore, if you decide to try this game, we will break down certain parts that may help you during the beginning of your poker career.

Before deciding to join a game or making a bet, you need to get down to brass tacks. In poker, this means knowing what the best card combinations are and what they represent. This will be your first step towards mastering this game. Therefore, we will mention poker hand ranks and start from the lowest and work our way to the highest:

The above are the terms which you must know in order to sit at a table and enjoy a game of poker. Of course, you will not become the best in the business solely because you know these terms. This is just your starting point. And if you want to surpass even the best players, then you need to combine different strategies while drawing from your basic knowledge.

Wild cards trigger the best combination you can get — five of a kind. Namely, they substitute for other cards. For instance, you get a hand of, hopefully, cards that have the same rank (e.g. four queens) and a joker. If this happens, then you should not think that your cards form a four of a kind. Namely, the joker is the fifth queen. And if you are that fortunate to get the “bug,” which is another name for this form of a wild card, then good work! This hand will secure your victory.

Furthermore, sometimes, there is an agreement not to include the bug in the deck. Specifically, one-eyed jacks and deuces can be wilds as well. This is when the players decide to go with the standard card-deck.

As we all know, poker gets the most of its charm from betting. It makes it exciting and enjoyable. After all, are you really playing if there’s no money involved?

In order to increase their pot, the players have to ante up before the card draw. In addition, at times, there is a pot limit which the players can introduce following their agreement. And if you are playing poker and someone tells you that there is a pot limit, this means that your bet cannot surpass the amount in the pot. But at the beginning of every hand, they make their first contribution. In essence, the players need to place a bet before the rounds commence. The dealer always asks the person sitting to their left to start the game by placing the first wager.

Following this, the person to his left has to either call (mirror his wager) or raise it. Of course, if the player doesn’t want to, then they can drop from that round. But there’s a catch here — if you drop (fold), you lose your chips which you’ve wagered.

Furthermore, betting will end once all players match the bets. In other words, each player needs to either call, raise, or drop. Additionally, after the fourth betting round, players face a showdown. The showdown starts when the remaining players show their cards and the one with the strongest hand wins.

But as we all know, poker would not be what it is without some li’l ol’ bluffing. If you have a convincing poker face, then you can win without actually having the strongest hands. Namely, if you make a bet that no one decides to call on, then you will win without ever turning over the cards.

Finally, before each new round, a new player becomes the first bettor, and they rotate clockwise.

Some players come to the agreement of playing poverty poker. This means that they set up a limit for the number of chips each player can lose. This might not be as demanding as playing without any restriction, but it can make for a friendly game.

Furthermore, let’s say that the players agreed that the maximum limit would be 100 chips. They start playing, and after a few rounds, one player has no chips remaining. In this case, the player does not need to stop playing. Namely, the banker gives some chips to the player without asking them to pay out. Of course, they should set a limit as to how many free chips the player can get. Without such a threshold, the game could lose its charm.

Nevertheless, we would recommend this type of poker for new players. It might help you get the hang of the rules better while losing less money.

Draw poker is usually the easiest one to learn. It only consists of two rounds. The rules are not too hard.

Basically, the players receive five cards after making a bet, i.e., an ante. The first bettor starts the first round. And depending on whether they have a good combination of cards or not, the players can either raise, call, or check. Those who are still playing might decide to draw from the deck. In this case, they will replace a number of their cards with different ones. This way, the players can potentially improve their hand before the showdown.

After this, the second round starts. It resembles the first round in that the players can raise or call. But if everyone at the table checks, then a showdown will start. In the end, the player with the highest-ranking combination of cards will win.

Before actually playing, the participants offer their initial bets. After this, the dealer starts giving out the cards. The first two cards are placed face down while the third one needs to be face up. The gist of the game is that the players end up having seven cards in total, and they chose five from which they form the best hand in the end.

To sum up, it is crucial for players to understand that luck does not play the most critical role in poker. It is actually through learning and honing their skills that they can better their game and knowledge. Therefore, the above explanation of the basics of poker can serve as the stepping-stone, but don’t forget you always need to keep those very basics in mind and always keep a poker face in place if you want to emerge as a winner!